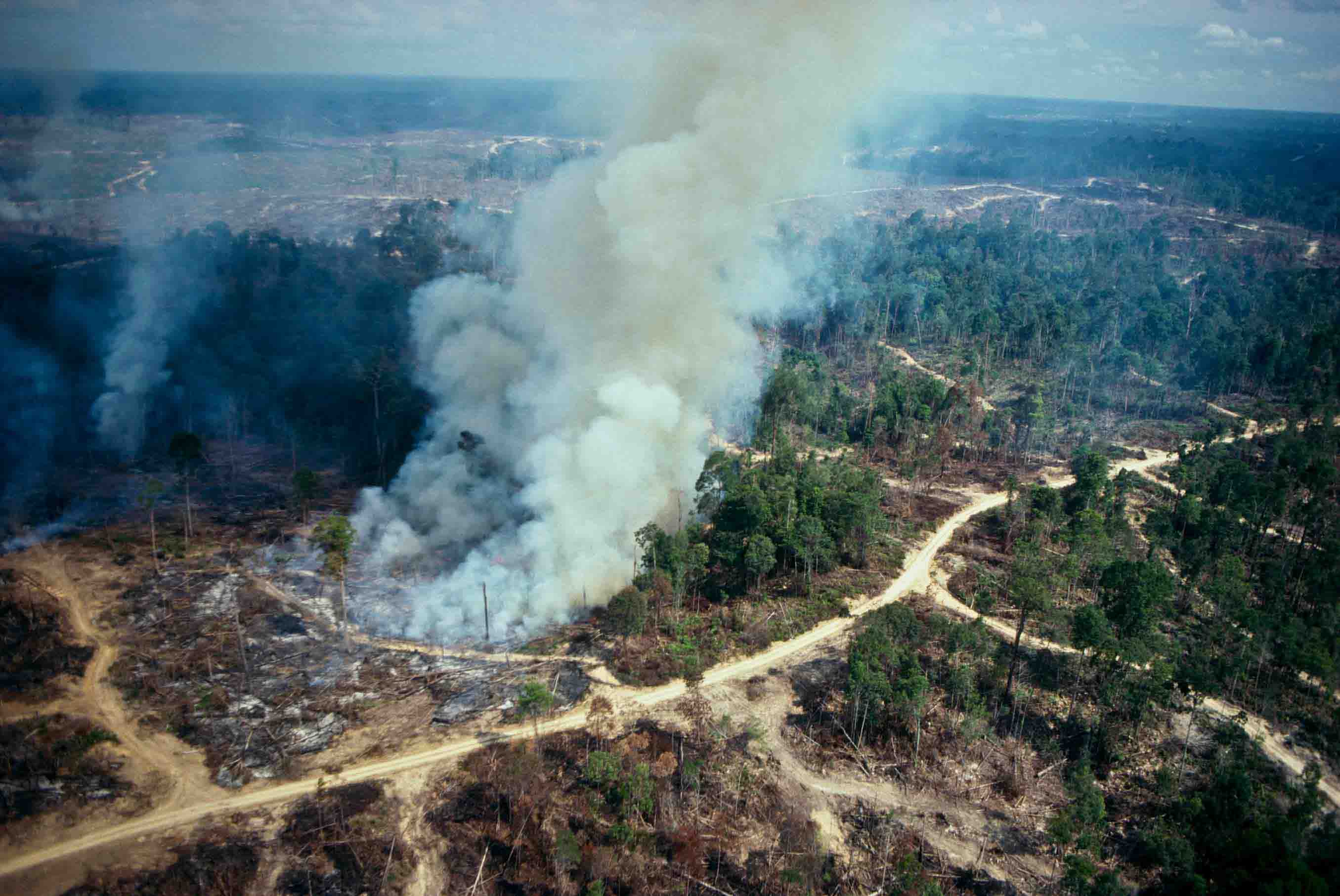 I am not an expert. I haven’t been greatly involved in conservation work. I can only talk as an observer, a layman with an opinion. 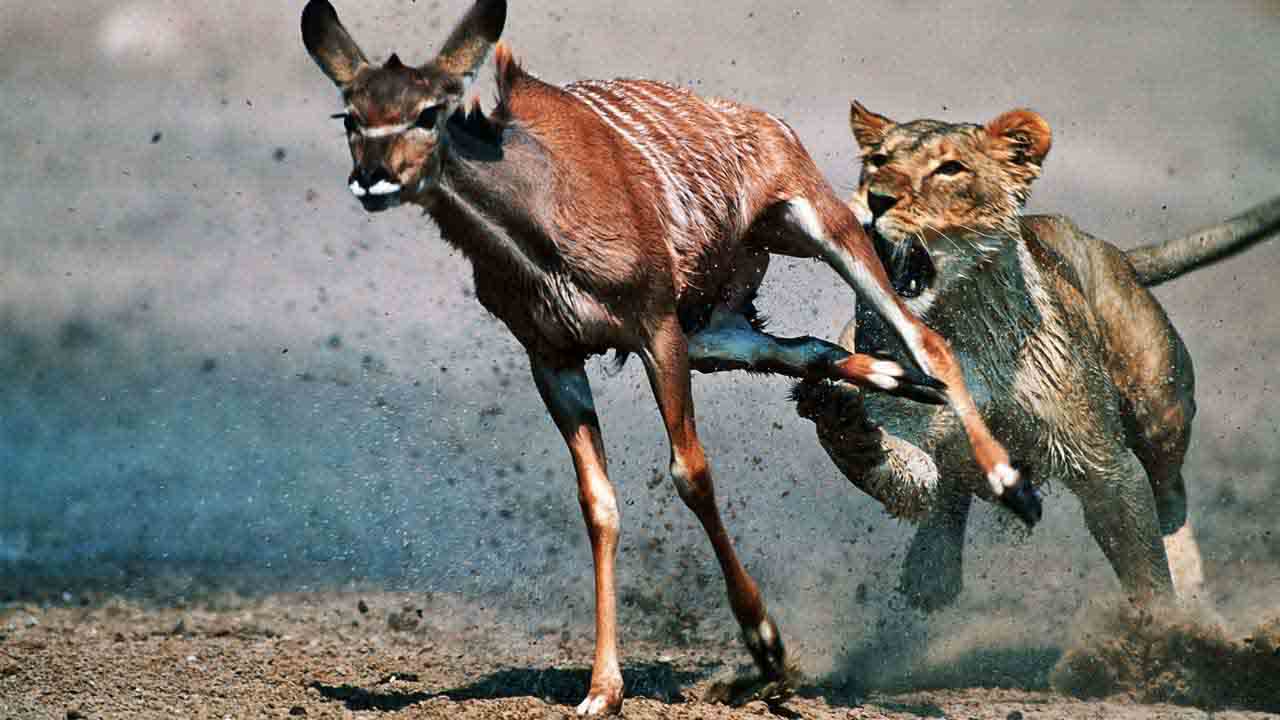 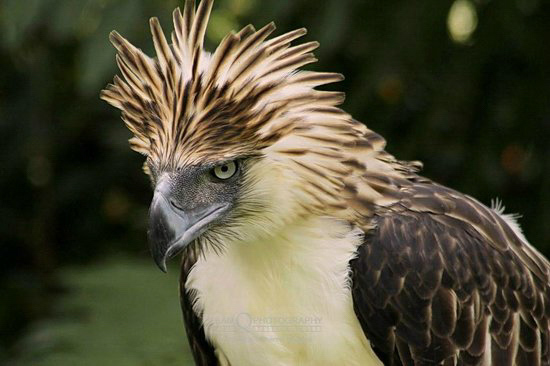 Natural conservation existed long before the human species arrived on this planet. The relationship between predators and prey has ensured the existence of the species we see today. As the saying goes, survival of the fittest, or “natural selection”. Weak, sick, injured members of each species are the ones that fall prey to predators, thus ensuring only those with the strongest genes are the ones that breed the next generation, and so the strong gene pool is maintained. The natural food pyramid is built on layers of predators and prey. At the top of the pyramid are the apex predators, at the bottom, the invertebrates and smaller species. Each layer breeds according to the food supply available. When food is short, they breed in smaller numbers. It is called “sustainability”. The animal kingdom does not put effort in to breeding if there isn’t enough food to feed the young, it would be wasted energy. Those smaller and more vulnerable species breed in higher numbers, as they are the foundation of the food chain. Apex predators breed in smaller numbers, as the amount of food required to rear the young is great, and the supply limited. As an example, the Philippines Eagle only rears one chick every two to three years. In this way, for thousands of years, the Philippines Eagle has survived. That is until now, man has reduced the habitat available, therefore the food supply has diminished, and the Eagle cannot evolve quickly enough to counter this situation. They are now on the brink of extinction. 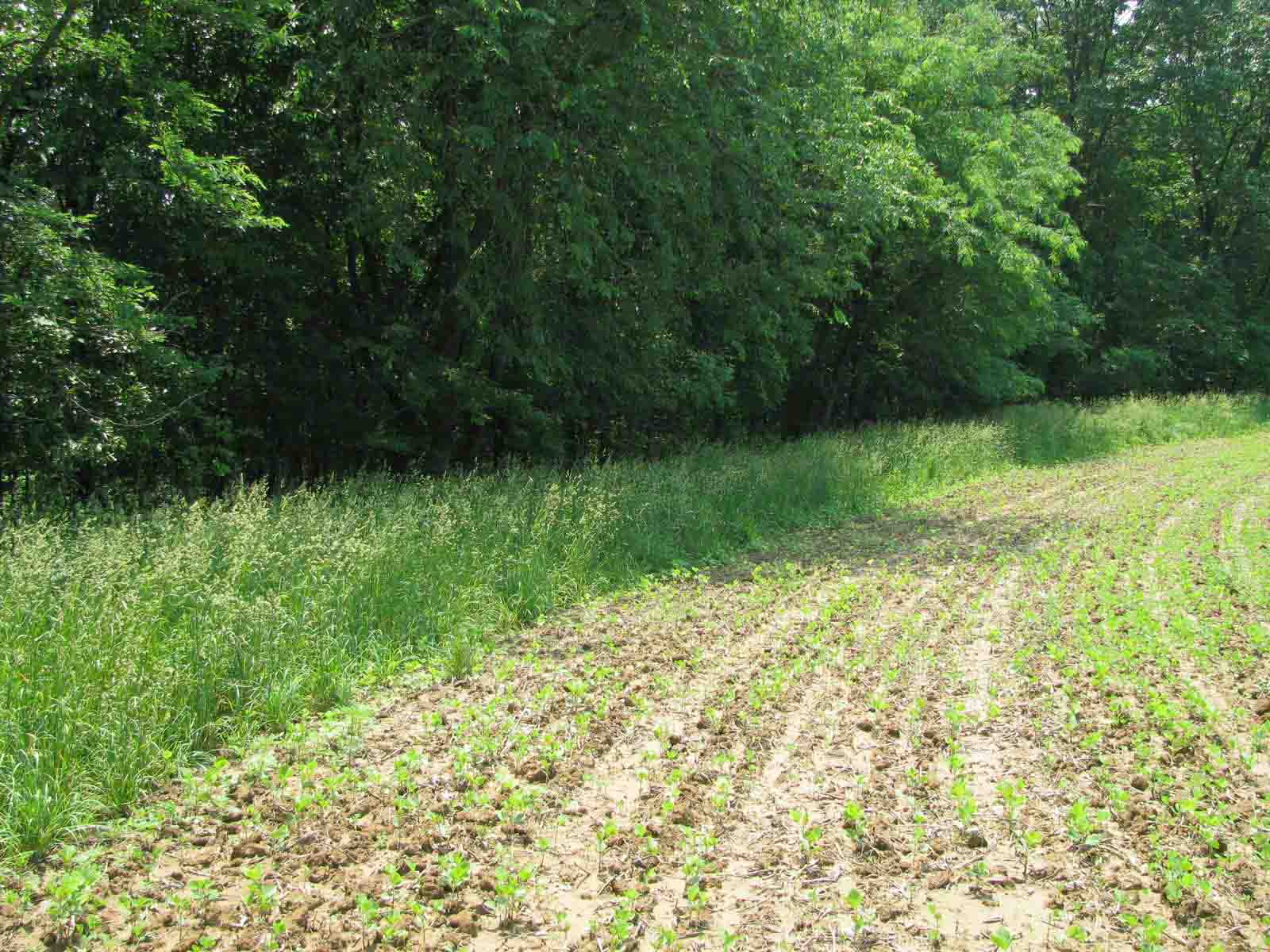 Species numbers are maintained subject to the “limiting factors”. Those limiting factors are food supply and habitat. However, with the increased influence of man, habitat availability has greatly reduced, and with it, in some areas, the density of available food. We must do what we can to reverse the impact on habitat. As an example, we are always tempted to purchase more food at supermarkets than we need, “buy one-get one free”, and a high percentage of that food ends up in the bin. Supermarkets only display “perfect” looking produce. Farmers are under pressure to supply the “perfect” product, and so the “imperfect” products are put to waste (approximately one third of all fruit and vegetables produced is classed as “imperfect”). So, if we bought only what we could consume, and supermarkets allowed us to purchase “normal” products, we could immediately release a third of the habitat used for farming back to suitable habitat for wildlife. Farmers could leave wide strips around fields, leave more hedges, more copses, etc. 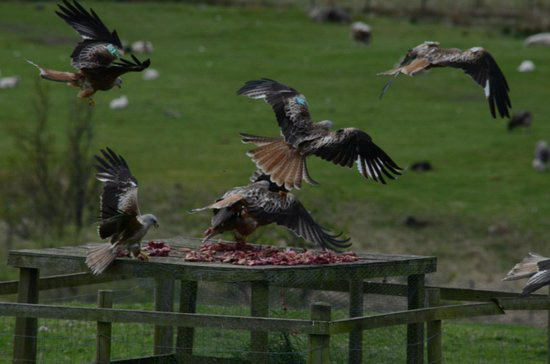 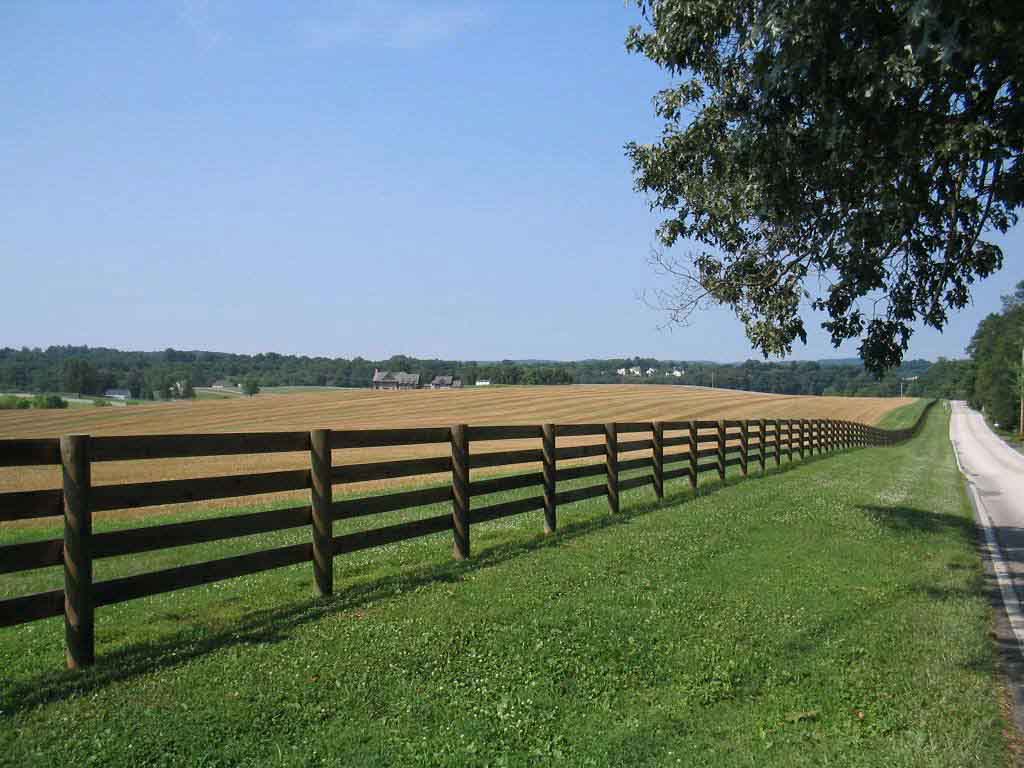 Over protection of some species has led to an unsustainable growth in numbers. With no apex predators to manage these increases, those species have found it necessary to exploit alternative food supplies, thus affecting other species. Our desire to push the re-introduction of some species beyond a sustainable level has changed their evolutionary path. The Red Kite has traditionally been a scavenger. In modern times, there is much less to scavenge. The re-introduction of the species, and the use of feeding stations, has resulted in a huge increase in their numbers over a short period of time. Red Kites are being forced to adapt, hunting ground-nesting birds and other species which, 150 years ago, would not have been necessary. Man’s influence on that particular species has had a negative effect on other wildlife. Our desire for faster and better road networks, without catering for the movements of wildlife, has resulted in the numbers of Common Buzzards reaching an unsustainable level. They have adapted very well to scavenging roadkill. Foxes, badgers, both carnivorous, are at levels probably 50 to 100 times greater than they were 70 years ago, and both having a negative impact on other species, in particular, ground-nesting birds. 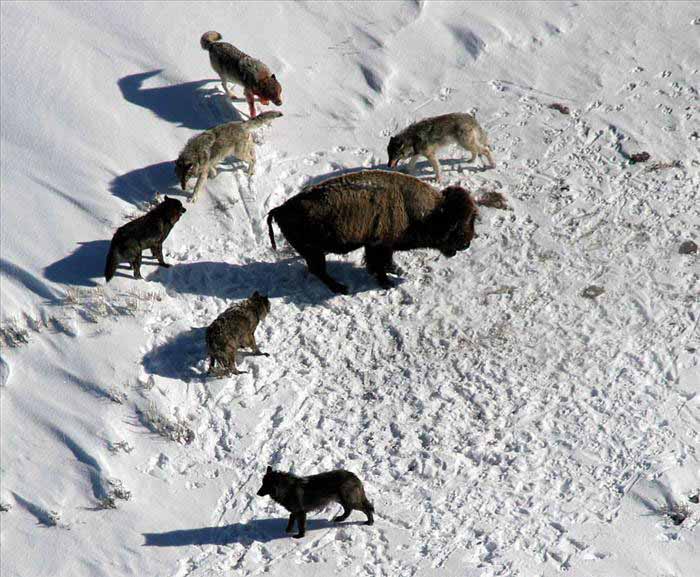 As a species, in the absence of apex predators, man must take responsibility to manage wildlife to be sustainable. Without proper management, mankind will ultimately cause the extinction of more and more species. The nature-food-pyramid must be maintained. The sick and old members of species must be prevented from breeding, otherwise, the gene pool will be diluted, until those species are no longer strong enough to survive. Immunity to disease will be affected, and they themselves will become vulnerable to predation.

So, food for thought. As I said, I am not an expert. I just hope to encourage people to see an alternative view of conservation. It is not all about protection. Before mankind started having such an influence on the planet, nature didn’t have protection, yet, it managed to survive for millions of years. The natural world was self-managing and sustainable. The food chain was evenly layered from the insects up through the layers to the apex predators. Numbers fluctuated, but the balance was maintained. Mankind must now manage each layer of that food chain to ensure sustainability. More importantly, mankind must manage its own numbers to ensure we, as a species, are sustainable. 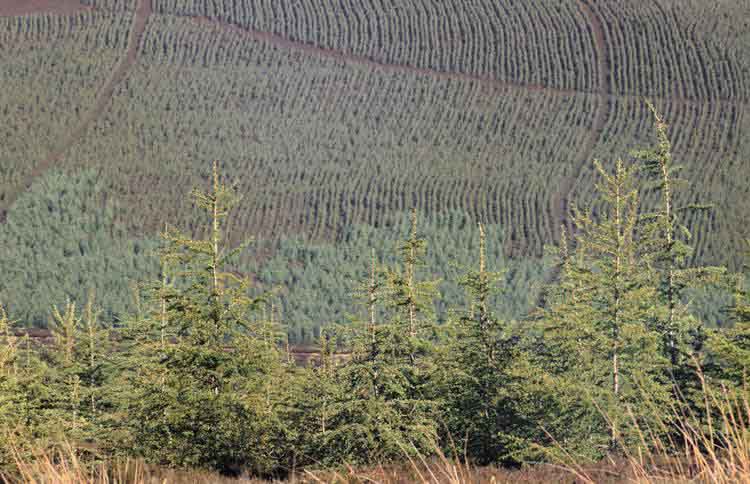 Mankind MUST consider the consequences of any action involving wildlife and habitat, too many involved in what is perceived as conservation do not think far enough ahead. They obtain their fifteen minutes of fame, and it is left to others to clean up the mess. 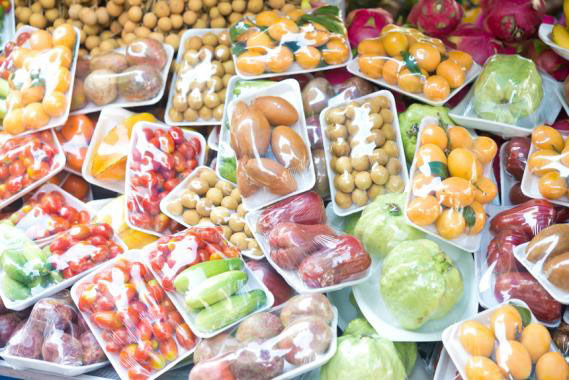 We have become a “throw-away” society. We must do more to recycle and upcycle, otherwise, we will be swept away by an avalanche of our own waste, There is uproar currently regarding the amount of plastic in our seas and oceans, and rightly so. We use far too much plastic in packaging, and far too much packaging, full stop. However, we must think of the consequences of changing that. We used paper and cardboard for decades before plastic became the norm, So, will we revert to using paper and cardboard again? If so, what are the consequences. More forestry plantations for commercially available wood to provide the packaging. These plantations are of no benefit to wildlife, in fact, they have a negative effect. If the expected boom in demand for wood transpires, governments must ensure the planting of traditional woodland is not affected, and those traditional woodlands are “ring-fenced” against exploitation.