Having been involved in electrical engineering and sales for 30 years, my first serious encounter with Birds of Prey was back in June 2004. I had been asked to carry out some electrical work for Brian Haining, the man who was in the process of building a Bird of Prey Centre just outside Balloch. Having read of Brian’s determination to find a suitable site, and having seen him and his birds in the area, I was glad to help out. Once the job was finished, I kept going back to lend a helping hand, becoming more and more interested with every visit. Eventually, I was handling birds and flying hawks, as well as helping out with getting the centre ready to open. During this time, Brian and I, and our families, became the closest of friends. 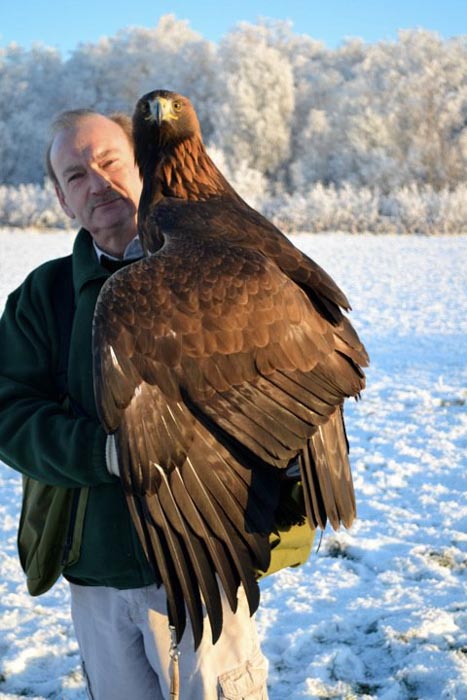 The centre opened in November 2004. However, Brian’s health was not it’s best, and Brian was diagnosed with cancer in March 2005, aged 40. Over the next 18 months life was a roller-coaster. Brian’s health gradually deteriorated, there were a few incidents where equipment was stolen, the centre was vandalised, and Brian was generally let down by those he had trusted. As his health worsened, Brian’s time at the centre became less and less. The centre was only open at weekends, and, leading up to his death in October 2006, I was the only one able to attend at some point every day to tend to the birds.

At the time, I had a full-time job travelling all over the country, so sometimes it was hard going. After Brian’s death, the future of the centre was unclear. In August 2007, Brian’s widow decided it was too much, and the birds were being sold. At this point, I decided to take on the responsibility of running the centre, keeping my promise to Brian. Using my pension funds, I became the owner of Loch Lomond Bird of Prey Centre in January 2008. 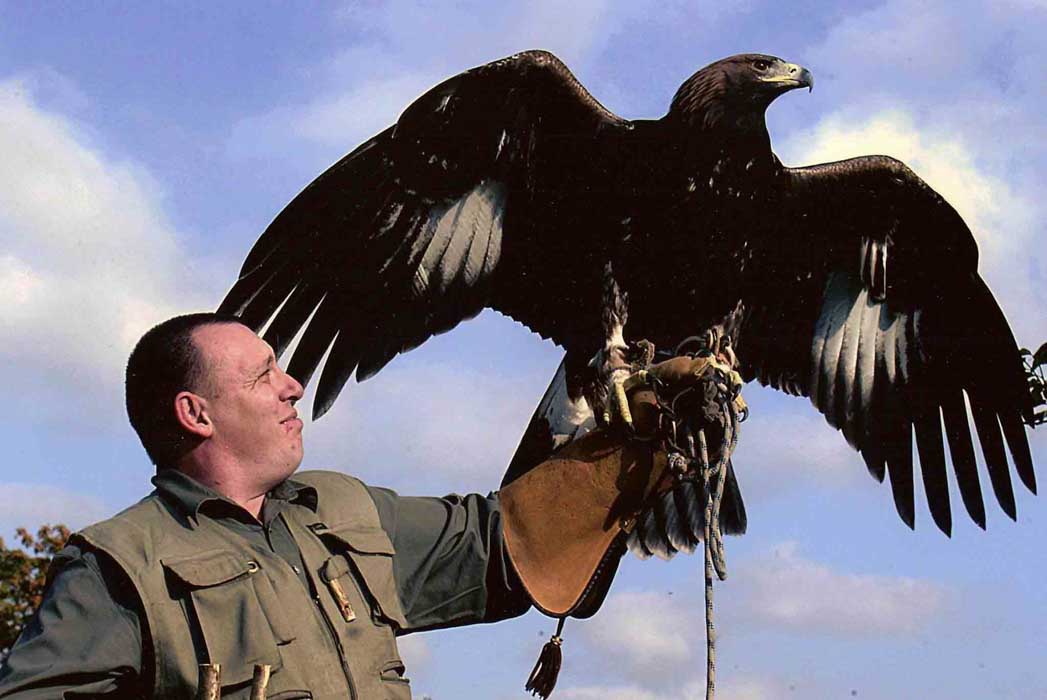 Much time and money was spent refurbishing, rebuilding, painting, and generally getting the centre on the map. When the work was finished, it did look good, and the birds were all in good health and feather. However, having just finished getting the place to where I wanted it, we were notified by our landlords that we had to vacate the site. I won’t go into details, but it was the start of a strained relationship.

The centre relocated behind the Garden centre in April 2009. Although much smaller than was needed, the birds were accommodated, and the hard work began to get visitors to take the long walk to the far reaches of the garden centre. Eventually, the location and lack of signage etc began to tell. We weren’t getting the numbers required to sustain the centre, and for two years it was a case of living day to day, not knowing what was around the corner. The birds always came first, no matter what personal sacrifice had to be made. It was really tough.

In 2012, I was approached by two venues to provide displays during the summer season. Eventually, the move to Loch Lomond Shores was confirmed, and the hard work started. It was an opportunity to build a centre that I felt would really improve the welfare of the birds, and provide visitors with the educational experience they would remember. Many people were instrumental in bringing this move to fruition, without them, I have no idea where I’d be now, or what I would be doing. The relocation saved the centre and we have gained a good reputation. The centre was built to my specification, and laid out in a way that maintained the natural feel of the site.

The centre is constantly evolving, incorporating ideas that improve both the welfare of the residents, and the experience of our visitors. My health is much better, and working every single day is no longer a chore. The bad days are behind us, and we look forward to ensuring the future of the Bird of Prey Centre. Since taking the centre on, every day has been a school day. The more I have learned, the more I realise how little I had known at the beginning.